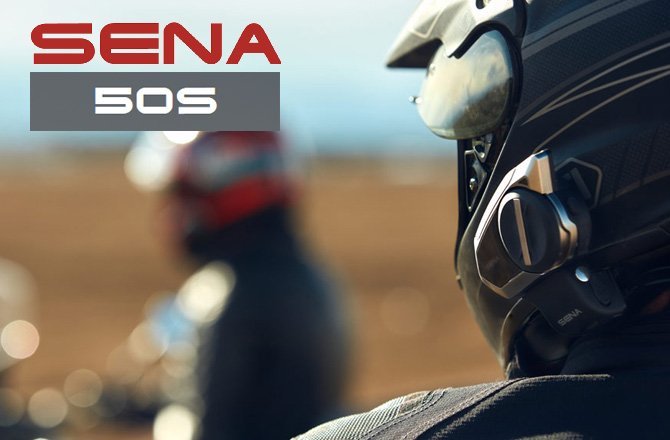 Following on from the initial impressions review of the Sena 50S, in the article below, we get into the must-have features for any motorcycle Bluetooth intercom.

As the Sena 50S is a feature-rich unit and there is so much to say about what it can do, here are the answers to most popular Sena 50S questions, in 30 seconds or less.

The new Sena 50S and Sena 50R Bluetooth communication systems claim a lavish list of features. I’ve been tempted down this path before, only to discover something in the small print that stopped me getting the feature I wanted.

I can’t lay all of my cynicism at the door of Sena, especially given my history with TomTom Rider 550. It is more a question of technology evolving and branching off in directions that ultimately go nowhere. If like me, you went with them down that blind alley we end up disappointed.

The Sena 50S, on paper at least, represents Sena not only getting back on track but also re-establishing themselves as one of the front running in motorcycle Bluetooth communications manufacturers.

When I bought my Sena 10U a few years ago, connecting to my GPS for turn by turn voice instructions, was considered a top draw feature. Now there are £5 Bluetooth headsets from the garage forecourt that will do that, albeit without any other features.

Out of the box, we expect any motorcycle Bluetooth unit, especially those with a three-figure price tag, will connect to my phone and my GPS, It will blend the audio from these different sources. If we’re listening to music, we expect the music to be faded so the turn-by-turn instructions are clear.

We also expect compatibility. Bluetooth is the glue that holds all of the connectivity together and the latest version is Bluetooth 5.0. Each subsequent version of Bluetooth has increased the functionality while maintaining the features of the previous versions.

For example, Bluetooth 5.0 delivers a cool new feature that allows you to play audio on two connected devices at the same time.

According to the Bluetooth standards organization, Bluetooth 5.0 has four times the range, twice the speed, and eight times the broadcasting message capacity of older versions of Bluetooth. That is one hell of an improvement. Even more impressive is Bluetooth Low Energy, ensuring devices can take advantage of these improvements while saving power.

With the Sena 50S running Bluetooth 5.0, our expectation is that the 50S is going to connect to anything we introduce it to, run for a full day on a single charge and not drop the connection, just because a few bends get in the way.

To test all of this, we assembled a range of devices that (hopefully) represent 90% of the motorcycling world.

There are two main brands of GPS. We’ll ignore phones based navigation for the moment. So we have a TomTom550 Rider and a Garmin Zumo 595.

The Samsung we grouped with the TomTom and the iPhone went with the Garmin. If your choice is the other way around, worry not, we’ll swap things around and run the tests again to ensure we didn’t miss anything.

You would think that with the Sena 50S running Bluetooth 5.0 there would be no issues with pairing. Technically there isn’t. Paring the Sena headsets with either of the mobile phones followed the familiar normal process.

Thirty-seconds and … boom … we’re connected. It is when we came to pairing the second device that things get slightly more interesting. 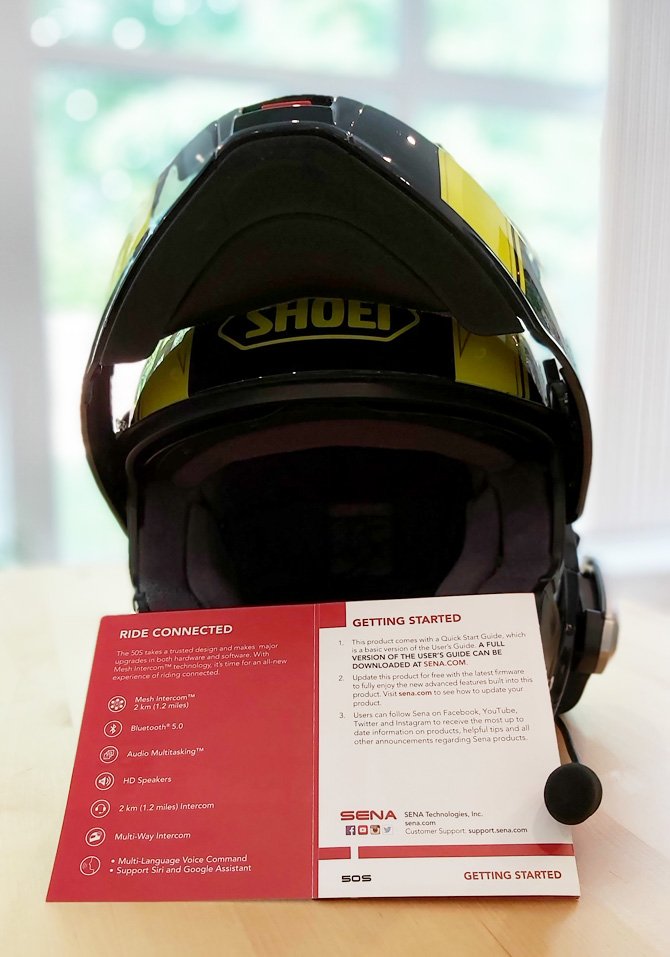 Being male, we didn’t read the online manual first, which of course is where we found the answer to pairing the GPS, as well as a mobile phone.

It was the frustration of an hour spent trying the hit and hope approach, that eventually pushed us into reading the online manual, which you access via the Sena 50 Utility. The magical instructions are in there, hiding in plain sight under the section “Bluetooth Pairing System — GPS Pairing.”

Had we read this section first, there are 58 minutes of that hour we could have spent doing other things. It is a minor gripe, but the Sena 50S Quick Start Guide would benefit from a page on GPS paring.

Male stubbornness aside, pairing phones and GPS with the Sena 50S is as pain-free as you would expect it to be.

Travelling at motorway speeds with my head exposed to a 70mph (110kph) wind while wearing earplugs isn’t the place to expect perfect audio quality.

I remember trying to listen to Highway to Hell, played through my Sena 10U several years ago. I could pick out the chorus, but the rest of the song was pretty much a lost cause.

The sound quality has taken a major step forward since then and now and the Sena 50S even comes with a graphic equalizer that you can access through the Sena 50 Utility.

My preferred music app, Cloud Player, also comes with a built-in equalizer function that the 50S speakers respond to no matter what daft things I do with the controls. I can go from tin-can treble to booming bass as my heart desires.

As for volume, well with the Sena 50S turned to maximum and the volume of the phone flat out, I would strongly recommend wearing those earplugs I mentioned earlier. It is loud.

I have the Sena 50S set so the volume of the GPS voice instructions are at the level I like. I then use the volume control on my phone to set the volume of the music so that it plays quietly in the background. This way, I don’t impact the phone call volume which is a different setting on the phone, and the music isn’t a distraction while riding in traffic.

The Sena speakers are slim which has given my jumbo-sized ears more space. I didn’t think the speakers that came with the 10U were big, but having swapped to the 50S, my ears are rejoicing in the extra space they now have.

All of the features and settings of the Sena 50S mean nothing if the unit doesn’t perform well on the road. So, with the settings tweaked to my liking – it is road test time.

My TomTom Rider 550 provides traffic camera alerts as well as turn-by-turn voice instructions. My phone is playing music quietly in the background and my phone is also running the superb CamSam app.

I’ve picked a journey I know well, so if any of the alerts or instructions don’t play, I’ll know. The route takes me through a medium-sized town, along fast dual carriageways and main roads, and then into a city with high traffic density.

I’m riding solo to test the must-have features. Repeating the tests with the Mesh and Bluetooth intercom running comes in the next phase.

Approaching the first speed camera section, CamSam on my phone is the first to sound a warning. A few moments later my TomTom Rider 550 makes its announcement. Both times the volume of the music fades slightly while the alert plays from either device. Once complete the music comes back to my chosen volume.

This pattern repeats its self throughout the journey and it is the same for navigation instructions. Music volume down – instruction plays – music volume back up.

The audio is crisp and clear and despite having two devices both wanting to talk at roughly the same time, not a single warning or instruction was missed.

I arrived at my destination earlier than anticipated and while I was waiting I decided to test the integration with the Google Assistant. 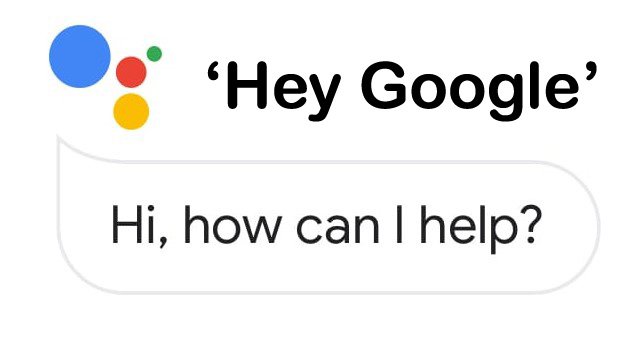 I’ve not configured any of this. On a whim, I decided to test it and ask Google to “Call Home”. Google chirps in my ears and the phone starts ringing.

I’m impressed, so I tried “Hey Google, navigate to the office” and Google Maps started up and the instructions started playing through the Sena 50S speakers.

I’m doing all of this at the side of the road rather than on the move, but I’ve established at it works. More in-depth testing is something to be added to the next road test.

True to Sena’s challenge, I’ve not found anything the Sena 50S won’t do.

Checking in with my colleague who has the 50S running with his iPhone 10 and the Garmin, he is reporting the same success. He hasn’t found anything the Sena 50S won’t do either.

Having established that the Sena 50S does everything that a solo rider might expect from a motorcycle Bluetooth device, now we need to repeat this while connected to other riders.

If “Senior Management” calls to explain something to me, the last thing I want will be my humble replies going out across the mesh intercom.

What is the range like? Will dropped intercom sessions reconnect automatically? With three or four audio sources playing how does the Sena 50S give me the one I want?

Testing all of those features is one of the best excuses to go for a ride I’ve had in a long time and you can read the road test results here.

Sena has provided these units for review. For more information please see our Product Testing Philosophy which you can read here.