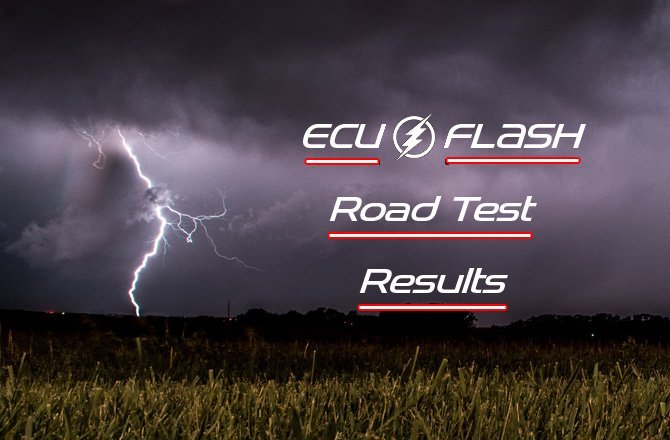 Better fuel economy. Three more BHP and three more ft.lbs of torque across a wider rpm range. Crisper throttle response and smoother low RPM fueling. All this from an ECU flash. Sounds simple, right? And yes it is when you work with someone who knows about these things.

Despite modern manufacturing techniques each bike out of the factory is going to be slightly different. The code in the ECU is perhaps the one thing that will be the same for every bike. So, there has to be one bike where everything is a perfect match, and that one bike where it isn’t.

Then there are the compromises manufacturers have to make to meet the ever more demanding regulations. And, if you are some part of the VW Group, allegedly those compromises might go a bit too far.

So what can you change with an ECU flash and how do you get one done?

In normal circumstances, an ECU flash isn’t going to uncover huge changes in power or torque.

I’m told there are manufacturers that have restricted their motorcycles down to 47BHP – to make them suitable for European “A2” motorcycle license holders – through the ECU.

The concept is that having obtained a full “A” motorcycle license, you don’t need to buy a new bike, you simply have the restriction removed through an ECU flash.

Theoretically, such a change could give you twice the power, but that isn’t what I’m talking about here. Where I’m at, is having all of the manufacturing compromises ironed out and your motorcycle mapped so that delivers the available performance, efficiently.

As skills like these cost money, I only want to be doing this once. So the logical thing to do is to make any changes to the air filter, airbox and exhaust, before visiting someone like Parkitt.

For me, that was a K&N air filter and a Delkevic end can. There is a whole story as to why I fitted them that you can read here but the important thing is to fit all of these parts first, then arrange your dyno run.

The air to fuel ratio (AFR) on your motorcycle – what we once called the mixture – is the balance between, how much air is mixed with the fuel before it goes into the cylinders.

The cylinders have a fixed capacity (1037cc on the V-Strom) and if the amount of air in the mixture is reduced, fuel takes up the rest of the space.

Just to make life interesting, the amount of fuel isn’t a static thing, it varies with RPM and throttle position. Mapping a motorcycle isn’t just about changing a couple of numbers, it is a process of continual refinement that takes a couple of hours.

Rather than talk about a whole string of numbers, averages across the RPM range are used when describing AFRs and an AFR of thirteen is a good base number for a V-Twin.

How much fuel you want mixing with the air is governed by the demands of power, the CO2 emissions and even cooling. Yes, the amount of fuel in the mix alters the temperature of the engine.

Not all manufacturers support reprogrammable ECUs – which is what people are referring to when they say “ECU flash”. In these cases, a Power Commander is used. The process is essentially the same, except rather than programming the ECU, the Power Commander is programmed.

For a deeper description of Power Commanders, take a look here.

Arriving at Parkitt, the first thing that happens is the kettle goes on. Suitably armed with a large mug of coffee, Tony beings asking a series of questions about my V-Strom and gradually builds a picture of what I want from the bike.

The conversation flows back and forth until Tony has enough information to know what the final dyno trace should look like. I’m looking for a blend of mid-range torque, improved fuel economy and smooth fuelling. If all I wanted was brute power, the map would look quite different.

The run on the dyno and the ECU flash takes around three hours. During that time, other than drinking coffee, I’m pacing about like an expectant father.

When “Dr Tony” emerges from the dyno room he had a broad grin on his face and the look of a man satisfied with his work. I’m given a copy of the dyno report and Tony talks me through it.

First of all, yes the bike was running very rich. On the first run to baseline the V-Strom, the AFR was 11 parts air to fuel. The AFR is now 13.4 as an average, with 14 programmed in for cruising speeds in 5th and 6th gears.

The step in the exhaust servo value opening – used by manufacturers to reduce exhaust noise – has been smoothed out in 4th, 5th and 6th, improving engine efficiency.

To further smooth the throttle response when getting back on the power, Tony tried tuning the Deceleration Fuel Cut-off (DeCel Cut) but any changes to this resulted in blue flames out of the exhaust. Visually impressive but likely to attract unwanted attention and burn out the catalytic converter.

And finally, the step in the throttle bodies has been removed and they now operate on a continuous arc.

All of which has resulted in an increase in BHP and torque across the entire rev range, with the greatest improvements starting at 3,400 rpm and continuing through to 7,500 rpm.

I’m handed my keys and asked to road test the bike. Yes, the bike feels different, but I’m expecting things to be different. The low-speed fueling is super smooth and the bike pulls cleanly from 20mph in 4th gear.

The bike feels good, but exactly how much better the bike is, will take more than a few miles to establish.

Having chased around Nottinghamshire, Leicestershire and parts of Cambridgeshire for 150 miles in the company of the same Africa Twin I toured Scotland with, the ECU Flash was definitely worth the investment.

When cold, the V-Strom vibrates a little more than it did, but this disappears as soon as the bike warms up. This was expected, considering the scale of change in the air to fuel ratio. Before the ECU flash, I was essentially riding around with the choke on.

The delivery of the torque is smooth and progressive, over a wide rev range. Come out of a roundabout in the wrong gear and the bike will accelerate cleanly. There are no excuses for being in the wrong gear, but if it happens there is no need to go searching through the gearbox, looking for the right gear – within obvious limits.

I can roll along in first gear with the throttle closed and the clutch fully disengaged and the bike will run along smoothly at 8mph. No coughing or chugging.

Through the twisties I can roll on and off the throttle in 3rd and 4th, keeping the motor buzzing. Getting back on the throttle is always smooth allowing for subtle adjustments. There are no pops, bangs, bungs or lumps to worry about.

Throttle pick up is crisp, and if I want to work the higher RPM numbers, the bike is happy to oblige. There is no hesitation or spluttering all the way to the red line, although I can’t test this in higher gears, as the speeds would be way too silly for public roads. Which gives me the perfect excuse for a track day.

The dyno trace shows the engine runs out of power after 9,000 RPM and that is enough for me.

One of the main reasons for getting the ECU flash done was to address the high fuel consumption compared to the Africa Twin DCT, I’m using as a reference.

We both started the 150-mile road test with full tanks and on previous experiences, I would expect to have burnt three litres more fuel.

According to the receipts, I have halved the gap on fuel burn, plus I have a more responsive throttle and a wider spread of increased torque. This makes me happy. The ECU flash was worth every penny.

At the end of September, we are heading back to Scotland. I must keep more detailed records of how much fuel each of us burns.

I paid the full and normal price to Parkitt Racing for the dyno run and ECU Flash – £385 including VAT. No favours, deals or freebies were received. I’m a paying customer the same as you.