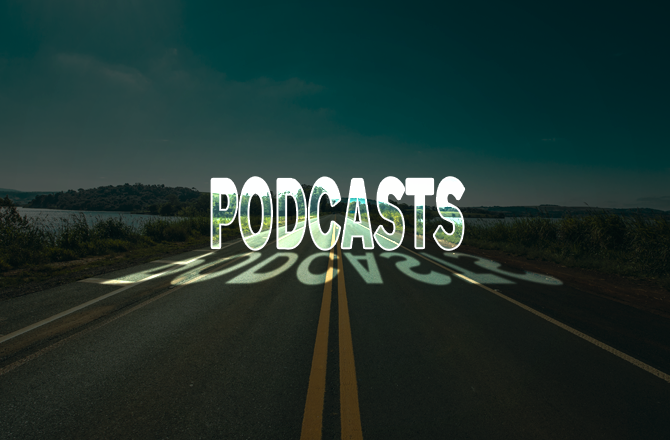 Everyone is a critic.

Having listed my top five Youtube motorcycle vloggers to gore yourself on while we are stuck indoors, an email arrived asking why I haven’t covered podcasts – Like I say everyone is a critic

So here are my top three choices for motorcycle related podcasts. As always click on the logo to go to their website.

Random is the best word I can come up with, while the thesaurus is suggesting I try haphazard or chaotic.

Put another way it is brilliant. With so many years of analysing and writing about motorcycles between them, @SimonHBikes and @Mufga have a deep collective consciousness to trawl be it trash-talking WSBK, warbling on about the latest bikes or answering “readers” questions. Just don’t ask what bike to buy – the answer is always the same.

What to expect: At least one reference per episode to an SV650. Schoolboy humour. The occasional rant. Pithy comments about not being Social Influencers intertwined with pleas to buy paper magazines, which ironically are now available in digital format. 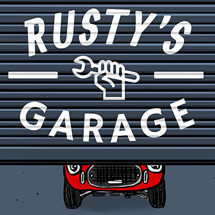 It is not just motorcycling that Greg Rust – an antipodean motorsport commentator – covers, as he talks to four as well as two-wheel racers.

But any show that spends a couple of hours talking with the likes of Graeme Crosby, Casey Stoner, Steve Parish, Troy Bayliss and Mick Doohan has to be worth listening to. Just pick the episodes that appeal the most.

What to expect:  Imagine going to one of the popular “An Evening with ….” shows, without having to go anywhere. Perfect for Social Distancing. The guests don’t get off that easy though; Rusty’s Garage isn’t just a forum for the same stories that are in the riders books. “Rusty” does his homework and pokes into the corners to pull out what was going on behind the scenes.

Having grown up watching 500cc Grand Prix when Crosby was racing in Europe, it was fascinating to hear what had gone on behind the headlines.

Some of us need Google Translate to understand this podcast. “Geordie” is a slang term for people from the Tyneside area of North East England, and it also refers to the dialect they speak.

Meeting a full-on Geordie can be similar to meeting someone who doesn’t speak the same language as you and occasionally I do wonder what Chrissy Rouse and Dom Herbertson are actually saying. It sounds like English, and that is part of the joy of the podcast, decoding sayings such as “She really had her posh knickers on”.

What to expect: Both Chrissy Rouse and Dom Herbertson are serious racers which puts them on a different level from the average shandy-drinking Journo (Oh, that’s me) when talking with the likes of John McGuiness or Jamie Whitham. There is a mutual respect evident in the questions asked and the quality of the answers we get to hear. Not all of the content is work safe or politically correct.

You can also play the (optional) Craic Game while listening. You start with £5 and every time they say “craic” you deduct 20 pence. At the end of the podcast, you send what remains of your £5 to the show. I’ve never sent a penny to them yet.

There are also numerous American podcasts to tickle your ears drums with. Sadly, I struggle with the American radio host presentation style. Perhaps it is the same for our American cousins, in reverse.

But don’t let my ears put you off, there is a rich seam of motorcycling related content to be mined while we wait to be allowed out on our bikes again.